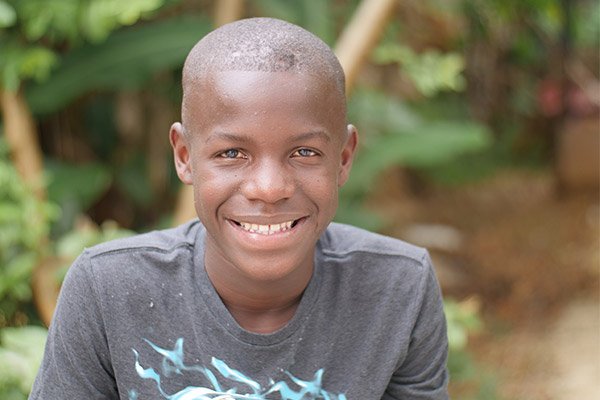 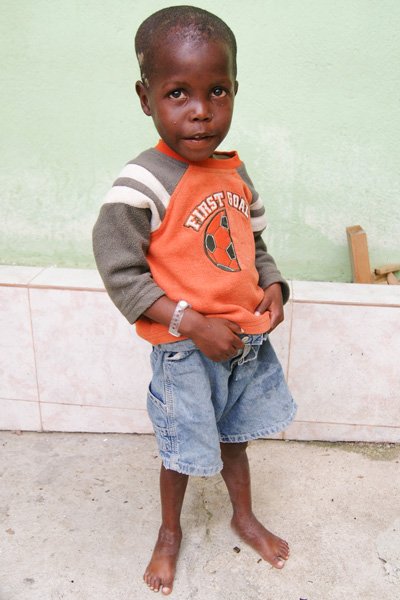 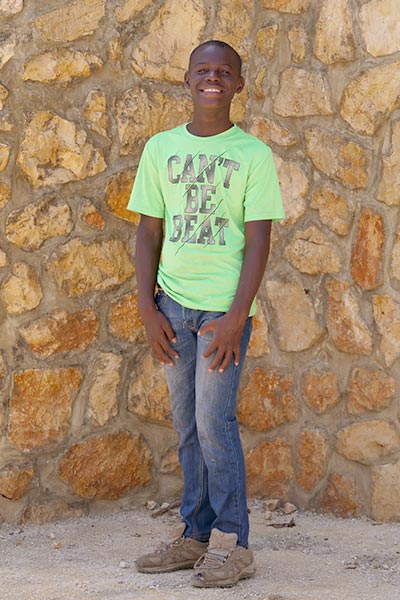 With bruises, cuts, scrapes, open sores, and scars on his skin Iderby was in rough shape when he arrived at the orphanage. Weighing 30 lbs and 36.5 inches tall he had no muscle tone, his pants fell from around his tiny waste, and he seemed only able to lift his limp arms, legs, and neck with very great effort. It is obvious he had been neglected for some time, and his immune system wasn’t getting the nutrients it needed to fend off the viruses and bacteria that preyed upon his fragile little body. He ate and drank with a hasty impatience that first meal. His emaciated belly couldn’t have handled more even if we had gone against our better judgment and given him another portion, but his weary little eyes broke our hearts as we watched him lick the last drop out of his bowl, his psychological hunger had not begun to be fed.

I have told you these things, so that in me you may have peace. In this world you will have trouble. But take heart! I have overcome the world.” John 16:33

Iderby’s willing spirit and desire to help is refreshing and so easy to be with. He is simple and easy to please. He enjoys the “little things” in life and never overlooks them. He points out planes in the sky with joy, and runs to find where faint noises of chicks squawking is coming from. Iderby’s heart is light and willing to find joy in everyday life. His free spirit can get him into a bit of trouble at times with a blind belief that everyone else will react as carefree and easy as he does. He doesn’t understand other’s seriousness. Iderby is the first to greet each person by name every day, never leaving anyone out. He has this incredible way of striking up a conversation with anyone around him. He can sit and carry a conversation with a 90 year old woman or get down onto the a four year olds level and chat about power rangers. This is most certainly a skill most of us adults have not even mastered!

Help Support Iderby, your financial support makes it possible for these kids to plan for the future!

Chosen and Cherished Ministries (CCM) goal is to give hope for the future of orphaned children of Haiti by providing shelter, eaucation. nutrition. emotional securitv. healthcare and life skills.