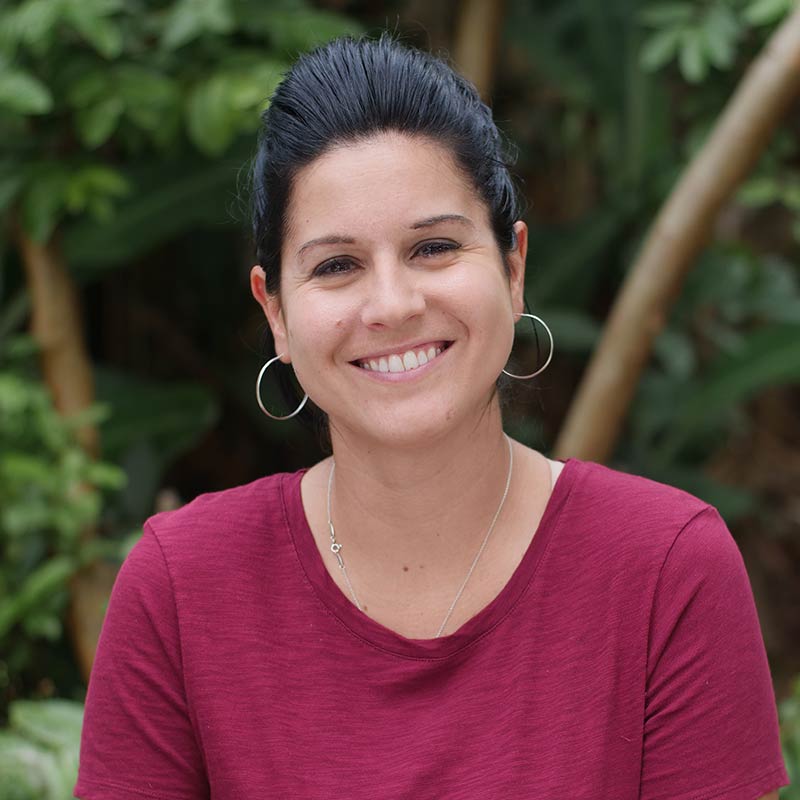 Joyce was born in Nyack, New York, but spent most of her growing up and teenage years in British Columbia. Shortly after graduating from High School, Joyce made her first trip to Haiti with a group from her church, a trip that would change her life forever. At age 19, Joyce made another trip to Haiti, and this time, she never looked back.

She had been working as an English teacher (as her main role, but serving in so many other ways) for eight years at God’s Littlest Angels when she first laid eyes on the ten children who would one day, unknowingly become her family. Several years later, Joyce was feeling God calling her away from GLA, but she had a nagging feeling about leaving behind this group of ten children, children that had worked their way into her heart, and were in need of a permanent home in Haiti.

Joyce shares that as she sat praying for peace in moving on, and praying for a home for these children, God spoke to her as clear as day saying, “It’s you, Joyce.” That moment led her to where they all are today, a family of eleven, living in the simple, but tight knit farming community of Fort Jacques. Joyce, in her flawless Creole, and magnetic personality, has formed close and loyal friendships with those in the community around their home, and seeks to raise her family to serve and minister to those that are less fortunate.

Melissa was born in Steinbach, Manitoba, Canada, and spent most of her growing up and young adult years in and around that area. Melissa first came to Haiti on a three month volunteer trip in 2006, and has now been living and serving in Haiti since the summer of 2009.

Melissa first met Joyce at God’s Littlest Angels, where they were serving together, and was there the day the, who are now CCM children, arrived. Melissa has been a tremendous support to Joyce since the day the seed was planted in Joyce’s heart to remove the ten children from the orphanage setting they were in, to the family they are today. She has been a constant presence in the kids’ lives since the day they moved into their new home, and was instrumental in orchestrating the legal paperwork required by Haitian Social Services to make the move possible. Melissa is responsible for all of the legal paperwork associated with the kids, and the organization on the Haiti side, as well as all things administrative for the mission. She loves the children of CCM, and is always available to help with homework, listen attentively to a memorized bible verse, celebrate whole-heartedly at ten birthday parties a year, drive to soccer practice, and so much more.

Melissa is mom to Christina, whose enthusiastic chatter and laughter is often heard echoing throughout the CCM home.

Melissa loves Haiti, and the people in it, but is especially passionate about orphans being placed in families, just as Christ has done for us.

Meet the board members

Barb (Joyce’s mom) has made almost 20 trips to Haiti over the past 18 years. She has worked closely with Joyce to help care for and teach children in Haiti, as well as, bringing in much needed supplies. Barb is the President of Chosen and Cherished Ministries and resides at the home base office in New York. Her duties include mailings, bookkeeping, receipting, newsletters, and all administrative responsibilities. She's also an amazing grandma to all of the kids!

Britany served alongside Joyce as a nurse at GLA from 2012-2014. It is there that she developed a strong friendship with Joyce and cared for the children that would make up the Chosen and Cherished family. Britany currently serves as Vice President of Chosen and Cherished Ministries. She is committed to completing monthly responsibilities, as well as, sharing the beautiful story of Joyce and the Trainer Ten.

Melissa and her late husband Tim lived in Haiti from  2012 - 2019, and it was during this time that they met Joyce, as well as the ten children that now make up the CCM family.  Melissa and Tim always had a heart to support Joyce, and loved their relationships with the children (and the feelings were mutual!)  Melissa now lives in Illinois with her son Jamesley, and seeks to continue her support as a board member by connecting with others and sharing the redemptive story of the Chosen and Cherished family.

Wishing all of our American family, friends and su

Happy birthday my dear boy! I can not believe I am

However we find ourselves heading into this week,

These last few months I sure have enjoyed looking

Yesterday morning I decided some exercise would be

It’s beginning to look like Fall, and yes, even